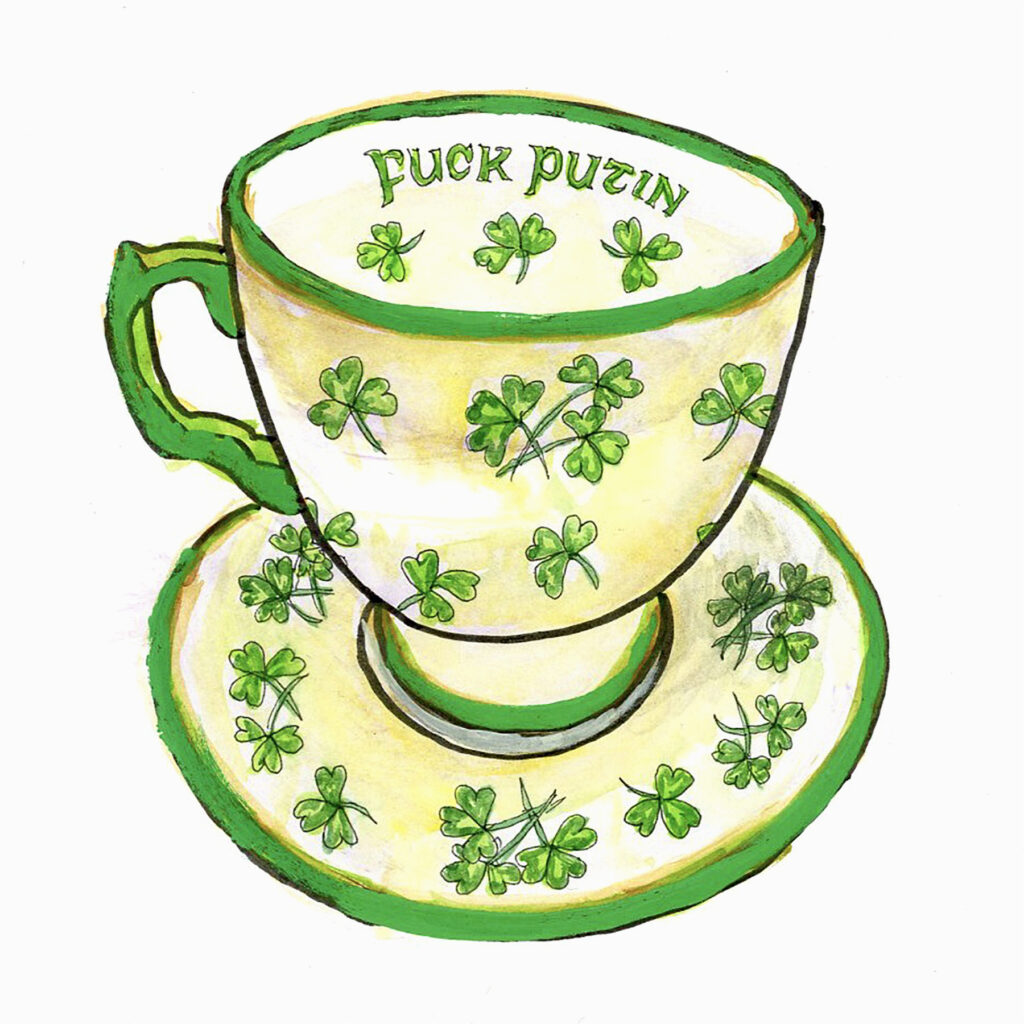 Anna Brady presents the aid initiatives of Ukrainian galleries in The Art Newspaper. Werner Remm refers to a top-class charity auction of the Rotary Club Düsseldorf-Pempelfort on April 8 at Artmagazine. The auction of works from the Essl Collection raised 280,000 euros, he reports in the same medium. The artists of the Vienna Secession have donated works on a large scale for an online auction of the Dorotheum on April 12 for the benefit of Doctors Without Borders. The PDF catalog (!) can be viewed here. Timely registration is required to bid.

Ursula Scheer reports online only briefly in the FAZ about the Art Market Report by Clare McAndrew for Art Basel and UBS. Her analysis in the print edition of April 2 goes into more detail: "The wealthy do not lack capital and the desire to buy: the average expenditure of the collectors surveyed for the report almost doubled between 2020 and 2021, reaching 274000 dollars. Baby boomers spend the most on average: 346000 dollars. But where do the majority of the super-rich potentially active in the art market live? Again, the United States tops the list (28 percent of billionaires), ahead of China (23 percent, and rising fast), followed with five percent each by India, Germany - and Russia. This puts the scope of sanctions against Russian individuals and institutions in perspective." Eileen Kinsella offers a detailed summary at Artnet. I summarize the findings for the Handelsblatt.

Christof Habres looks back on one year of the NFT boom, its excesses and opportunities, in the Wiener Zeitung: "'If the Kuss brouhaha had been an IPO', states an art collector and former investment manager, 'it would have been chalked up as a veritable failure. There's no market for the tiles, and so there's a danger that they'll degenerate into a shopworn item in the Metaverse souvenir store,' he puts it pointedly."

Who would have thought!!! The NFT trade is potentially much more vulnerable to money laundering than the traditional art market, Olga Kronsteiner has found out for the Standard from Vienna: "That's because criminals could launder money here themselves: by buying an NFT, then passing it on to themselves with various digital accounts to create a record of sales on the blockchain before selling it to an unsuspecting buyer and coming out clean at the other end. [...] If the transactions are conducted in rapid succession, timely due diligence would be almost impossible, if not impossible at all, he said. Instead of regulating the general art market, U.S. authorities may well soon target those NFT rackets in which the identities of buyers and sellers remain in the dark."

Rakuten, Japan's largest Internet bank and something like Japan's Amazon, announces the opening of an NFT marketplace integrated into its platform.

Shanti Escalante-De Mattei researched which major and mega galleries accept cryptocurrencies and which do not for Artnews.

Annie Armstrong at Artnet introduces Fairchain, a blockchain-based marketplace for artworks of all kinds (physical or digital) that aims to make flipping more difficult and ensure discretion.

The world's most expensive still life may stay in France. The Louvre in Paris wants to exercise its preemption right on the painting "Basket with Strawberries" Jean Siméon Chardin just auctioned at Artcurial for the record price of 24.3 million euros, reports Vincent Noce in The Art Newspaper.

Susanne Schreiber reports a surprising change of personnel at Christie's in the Handelsblatt: "Dirk Boll is leaving his post as President of Christie's for Europe, the Middle East and Africa (EMEA). And yet the 51-year-old lawyer remains loyal to the auction house where he started in 1998. Starting April 4, Boll will bring his expertise as a strategic thought leader to the most important department: that for 20th/21st century art. Such a move from administration to 'senior leadership' among art experts has not happened before. As the dedicated professor of art management at the University of Hamburg told the Handelsblatt, the move came from himself. Boll's successor as one of three presidents around CEO Guillaume Cerutti will be Anthea Peers." She, in turn, has headed the company's increasingly important Private Sales division.

Two of the largest art consulting companies, The Fine Art Group (ex-Fine Art Fund) and Schwartzman& have agreed on a far-reaching cooperation, Sarah Douglas has learned for Artnews.

The death of London collector and patron Delfina Entrecanales at the age of 94 is reported by Wallace Ludel in The Art Newspaper.

And then there was April, 1. On this occasion the architecture portal Baunetz lets Elon Musk acquire the Berlin ICC, while The Art Newspaper lets him shoot HUO - without naming him - to Mars to curate the first space exhibitions there. Quite a sympathetic project, actually. In addition to the parachute and the helicopter, Leonardo da Vinci would also have invented the whoopee cushion, Pac Pobric tries his hand at humour at Artnet. .