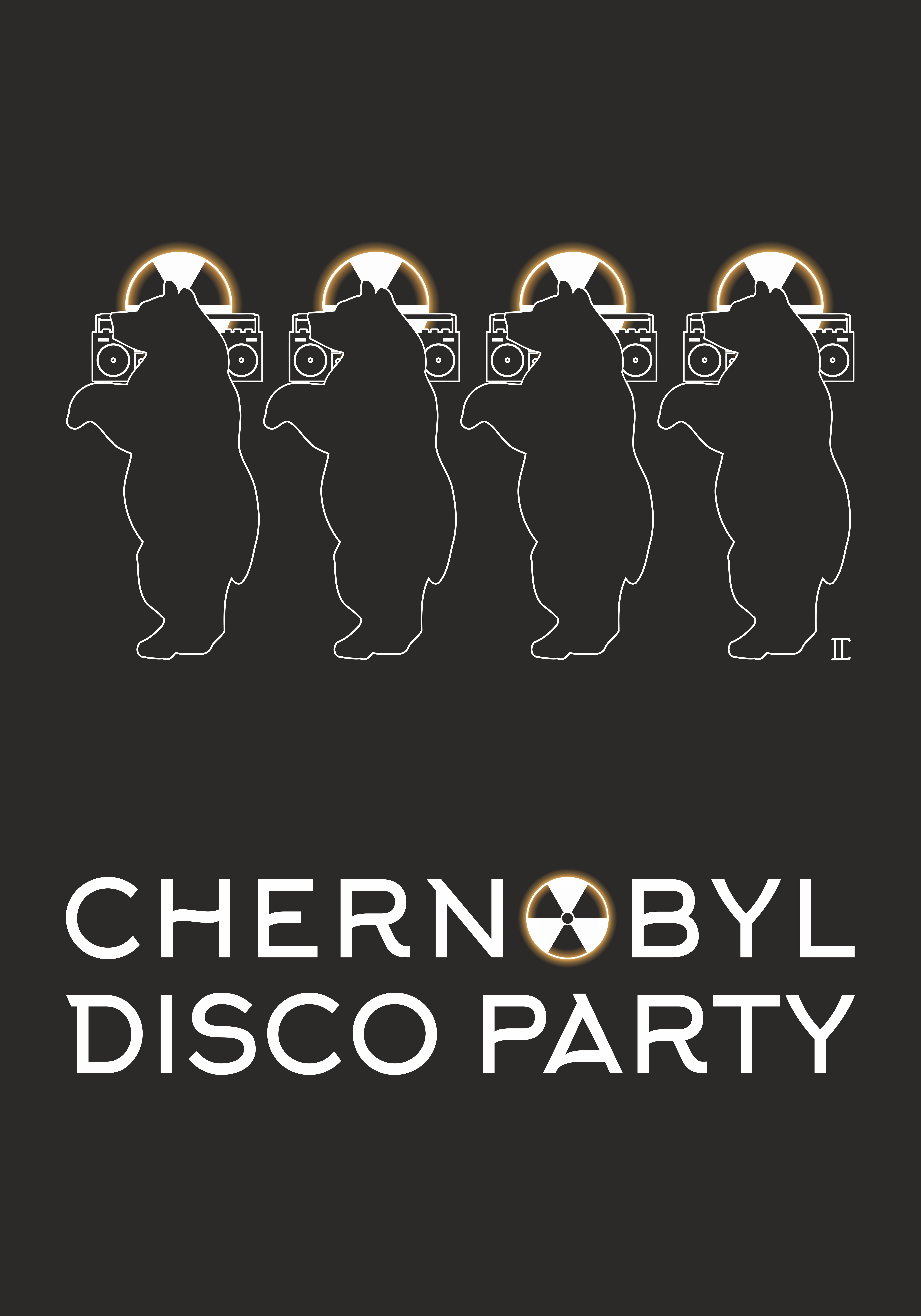 ikonoTV has created a list with links to ways to help Ukrainian artists, either through pure donations or the purchase of video works. The Solidarity Art Auction Frankfurt artists continue to hold charity auctions on Instagram at irregular intervals, each of which runs for 24 hours and the hammer price is donated directly to a relief organization by the purchaser (donation receipt!).

There seems to be disagreement between the authorities and the government of Finland about the seizure of Russian museum works on their way back from Japan and Italy by Finnish customs, according to an update of an article by Sophia Kishkovsky and Riah Pryor in The Art Newspaper.

Contrary to all protestations, according to research by Antoine Harari for The Art Newspaper, Freeports could still be used for tax avoidance, money laundering and sanctions evasion. What a surprise!

Freight rates, already skyrocketing due to the Corona pandemic, have increased even more due to the Ukraine war, threatening the Asian art market in particular, observes Kabir Jhala in The Art Newspaper: "Edouard Gouin, the co-founder of Convelio, a fine art shipping logistics company, says that a Chinese client was recently quoted $58,000 to send a container to northern Europe by a competitor. This journey, he says, would have cost around $3,000 before the pandemic-a markup of around 20 times. Both shippers say that commercial gallery clients have canceled orders due to surging costs. [...] Angus Montgomery Arts, the largest organizer of Asian fairs, has yet to announce contingency plans for a fair cancellation but a company spokesperson says they are 'keeping an eye' on the situation as it unfolds. Meanwhile a spokesperson for the Korean Pavilion at this month's Venice Biennale says that air shipping costs have 'taken up a lot' of their budget."

Julia Voss talks to Berlin lawyer Pascal Decker in the April 10 FAS about the significance of the Russia sanctions for the art market and money laundering in general. Private sales, for example, are not affected by the due diligence requirements of money laundering regulations, she says: "Not if it's purely private. But be careful: if it's not a purely private sale, for example because an art broker is involved, the requirements of the Money Laundering Act must be fully observed. By the way, of course, it's also your personal responsibility to decide what deals you want to do in principle, and to what extent you're willing to put up with supporting potentially criminal money launderers."

France, on the other hand, is actively working to ensure the safe return of touring artworks to Russia, Vincent Noce tells The Art Newspaper: "The works owned by Russian museums are protected by French law against seizure, as are those from the Ekaterina Foundation, created by Ekaterina and Vladimir Semenikhin, the founder of the construction company Stroyteks. An order of exemption from seizure, renewed by the ministries of culture and foreign affairs in February, is effective until May 15, the time normally required to ship the art back to Russia. This can be renewed again if necessary."

A whole bouquet of art fairs took place last week. Three in Paris alone, which Olga Grimm-Weissert visited for the Handelsblatt: "[...] effectively, one generally notes a better level. Especially at the 24th Art Paris, while at the 24th PAD Paris (Pavillon des Arts et du Design) a reorientation to the design of the last hundred years can be seen. And the small fair 1:54 Paris, founded in London and specializing in African art, is filling the halls of Christie's Paris auction house for the second time."

Art Paris is a winner of the Fiac dethronement, judges Bettina Wolfarth in the FAZ: "Art Paris, the spring fair for contemporary art and post-war modernism, which positions itself as a more regional counterpart with less lofty prices, also benefits from this élan. Even more so, it has managed to emerge stronger from the pandemic thanks to the skillful leadership of Guillaume Piens."

Sarah Belmont picks the top nine Expo Chicago berths for Artnews. All articles on the fair are listed by Artnews in a dossier. Daniel Cassady extols the advantages of the regional fair in The Art Newspaper: "The description 'a regional fair' can seem at best dismissive and at worst derogatory. Expo Chicago, with its wealth of international programming that sees galleries, curators, institutional directors and attendees from across the globe descend upon the Jewel of the Midwest, reimagines what it means to be regional. Instead of exemplifying an exclusive definition of the word 'regional,' this year's Expo Chicago fair is very much inclusive and expansive."

After a long break from Corona, Art Düsseldorf is coming up with innovations that Christiane Fricke describes in the Handelsblatt: "According to [fair director] Gehlen, this is made possible by an unprecedented 'digital service'. 50 guides, equipped with a high-resolution cell phone screen, are ready to personally connect the caller with the works and galleries that interest her. VIP access is a prerequisite. Those who are not yet known as serious collectors can help themselves to the exhibitors' offerings in the online store (three months, starting April 8), participate in online tours or browse magazine articles online."

Viktor Sattler in the FAZ is quite enthusiastic about the individual smartphone tours of Art Düsseldorf: "Gallery owner Sylvia Rehbein is a little disgruntled, although her Cologne gallery sold [Joëlle] Dubois' drawings, among others, for 600 euros each on the first day. Compared to Art Cologne, she says, there are too few visitors in Düsseldorf. Walter Gehlen, the fair's director, would retort that Rehbein is nowhere near seeing all the guests who come to look around her booth. One thousand registrations were recorded by the online store in the first half hour alone. One collector was so convinced by his guided tour that he's coming in person this weekend."

There are different opinions about the necessity of two art fairs in the Rhineland, which Uta M. Reindl records for the Tagesspiegel: "The fact that two fairs are taking place here is not a problem for him [Johann König]. In a similar tenor, Walter Gehlen wonders: 'Who says that collectors in the Rhineland can only make us happy once a year?' Daniel Hug, head of Art Cologne, sees it differently: in the long run, he says, it's impossible for many galleries to do two fairs. Regardless of which of the two fairs would survive - the young Art Düsseldorf or the oldest art fair in the world in Cologne - Hug fears a split in the galleries in the Rhineland. From his point of view, the art fairs organized by the MCH Group in Basel and, now newly, in Paris, are the main beneficiaries." One might also ask how a region that so barely feeds one fair is supposed to generate enough purchasing power for two events.

The participant field of the Art Duesseldorf examines Christiane Hoffmanns for the WeLT: "While the guests from the Benelux countries will find surely the short way to Duesseldorf, it looks little internationally in the rows of the galleries. While global players such as David Zwirner from New York had participated in the premiere of Art Düsseldorf in November 2017, there is little left of them now at the fourth edition and after two years of the Corona pandemic. Of the 85 dealers, around 30 come from the Rhineland, followed by 18 galleries from Berlin. Even many of the big German players are missing - such as Gisela Capitain (Cologne/Berlin), Sprüth Magers (Berlin/London/Los Angeles) or Max Hetzler (Berlin/London/Paris), who is currently participating in Art Paris. Only a few galleries come from abroad, most from Austria."

In New York, the Winter Show attracted visitors, including Barbara Kutscher of the Handelsblatt: "The Winter Show gained some exhibitors after the leading Maastricht art and antiques fair Tefaf (The European Fine Art Fair) discontinued its vaunted offshoot Tefaf New York Fall last year after only four editions. It is now the only major fair for historical works in the city. It wasn't for lack of sales, one dealer knows."

The SP-Arte in Sao Paolo had set a stage for NFTs, apparently delivering a worst practice demonstration, according to the report by Shanti Escalante-De Mattei for Artnews: "The focus was not so much on any particular artist. Rather, the goal seemed to be to have as many NFTs on offer as possible. This kind of overwhelming selection is similar to what's experienced online, where a person must sift through an endless stream of visual information. Paired with the at times glitchy, frantic animations on the screen, especially at Tropix, the NFTs seemed to strobe."

Why the Zurich gallery owner Eva Presenhuber doesn't follow the mega-galleries to St. Moritz, but prefers Vienna, she explains to Michael Huber in an interview for the Kurier: "I think that you shouldn't go to places like St. Moritz - it's totally cheesy to run after the collectors like that. Because the galleries are open and accessible, you do it for an urban audience and not just for ten people to whom you want to sell. Of course, you also need them, but I don't have to go all the way to St. Moritz for that. In Vienna, I can imagine doing this on a very long-term basis. I've been living there for a long time, so the costs are reasonable..... If losses are not made, then you keep the place."

The Villa Ludovisi in Rome with its fresco by Caravaggio has also failed to find a buyer at the second auction date with a lowered asking price of 282 million Euros, Karen Krüger reports in the FAZ: "The third round of auctions, for which the price must once again be lowered by 20 percent, is set for June 30. If still no buyer is found, the heirs will have to agree to reduce the sale price again. If the villa still doesn't go under the hammer, a judge may set the price." Russian oligarchs, who, along with Arab oil tycoons and Bill Gates, would be the most likely interested parties, are currently also ruled out as potential bidders.