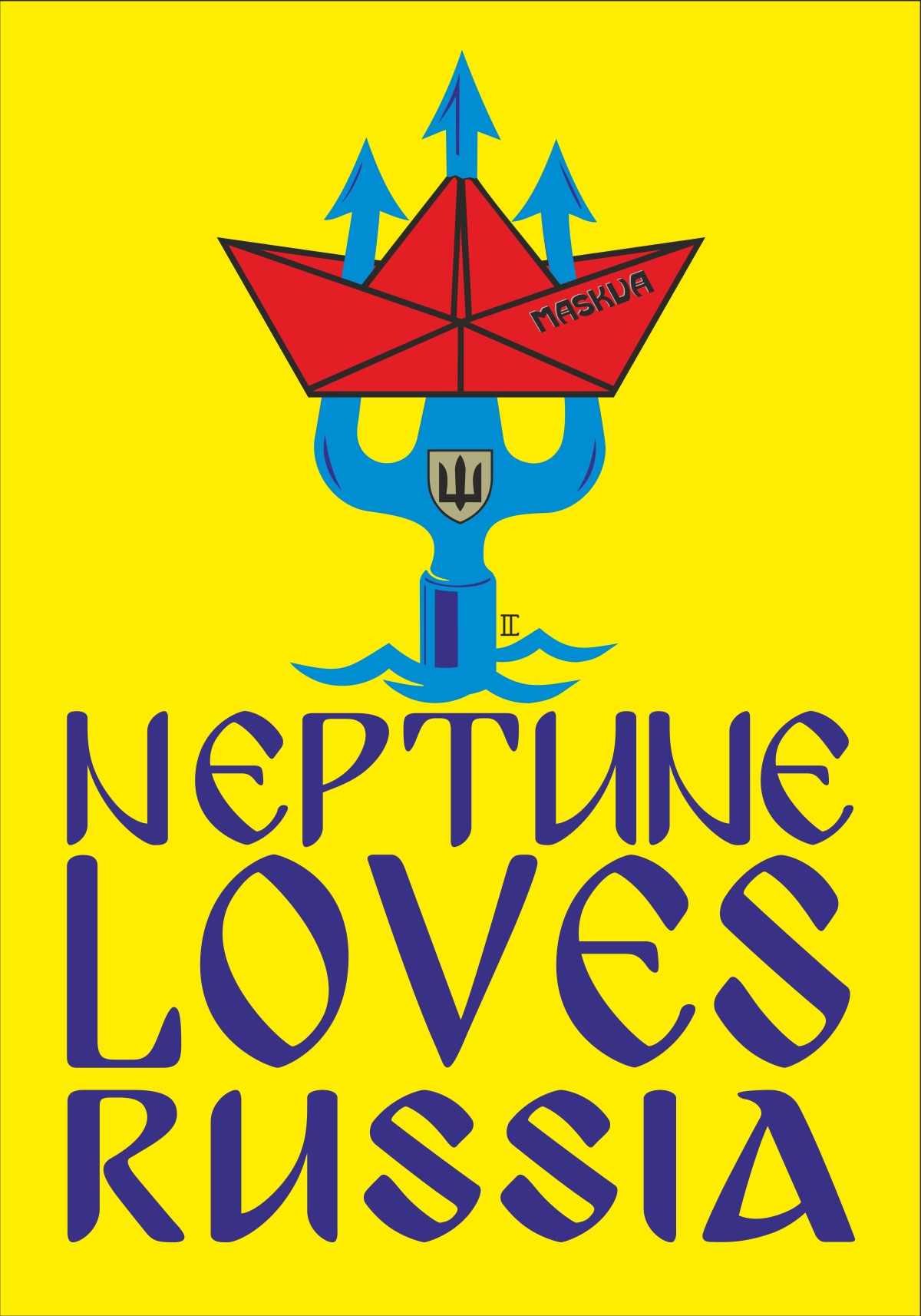 The Biennale di Venezia responds to war in Ukraine, reports Alex Greenberger for Artnews: "Cecilia Alemani, who organized the Biennale's main show this year, praised the Piazza Ucraina as a potentially defining event at this year's exhibition. 'In its 127 years of existence, La Biennale has registered the shocks and revolutions of history like a seismographer,' she said in a statement. 'Our hope is that with Piazza Ucraina we can create a platform of solidarity for the people of Ukraine in the earth of the Giardini, among the historical pavilions that were built on the very ideal of nation-state, shaped by twentieth century geopolitical dynamics and colonial expansions.'"

The still ongoing online exhibition of the Thaddaeus Ropac Gallery in aid of Ukraine has so far raised about 690,000 euros, reports Artmagazine.

Sebastian Preuss points out the responsibility of the art trade with regard to the Russia sanctions in the WELTKUNST: "Nevertheless, the sanctions, in which the art market plays only a marginal role anyway, are right and unavoidable. What all players must do above all: make sure that the restrictions are not circumvented. The Panama Papers revealed in 2017 that Putin confidants Arkady and Boris Rotenberg, actually sanctioned after the Crimean annexation, sold a Magritte painting for several million dollars via detours. And there are still plenty of opportunities to do business through gray corporate networks. Every auction house, every gallery has it in its own hands to check who is behind a never heard of company in the Virgin Islands, behind a Zurich lawyer who wants to buy or offer an expensive painting. Not to involve the authorities in suspicious cases means to be complicit."

The increasing decay of Russia's art scene is chronicled by Pyotr Sauer and Andrew Roth in the Guardian.

The owners of Art Basel's parent company, MCH Group, are having to shell out money. James Murdoch's Lupa Systems and the Canton of Basel-Stadt will each invest CHF 34 million, according to a press release: "After the pandemic-related losses in the past two years, a financial package of measures is necessary to secure the CHF 100 million bond refinancing due in May 2023 and the necessary investments for the company's growth."

Brita Sachs sums up a perfectly timed Noble sale with Easter eggs at Neumeister in the FAZ: "Let's take the Easter eggs: 26 pieces made of porcelain, colorfully and gold-colored painted, with holes for hanging and over a hundred years old. The pretty clutch was estimated at Neumeister at 100 to 140 euros, but because it not only came at the right time of the year, but in the special auction with 'Treasures from the House of Württemberg', it shot up to an exorbitant 19,000 euros. Success is as good as certain for 'noble auctions', so estimates can be set low - and the hammer prices appear all the more bombastic. The hall and the order books were full, all the telephones were in action and online bids from thirty nations: The auction house could be satisfied with the interest in around 600 objects from the estate of Duke Ferdinand of Württemberg, who died in 2020."

Is it because of Brexit? What in London is considered a middle market item and is treated rather stepmotherly by the big auctioneers is worth all the effort for the auction houses on the continent. The Cologne Kunsthause Lempertz was able to acquire a major work by El Lissitzky for its spring auction, which Christian Herchenröder presents in the Handelsblatt: "An oil painting from the series of museum major works, 'Proun Vashchenia,' painted in 1919, will go under the hammer on June 1 at Lempertz in Cologne. The approximately 50 x 35 cm painting, which represents Lissitzky's idea of spatial geometry, comes from the estate of Lissitzky's grandson and is estimated at 3 to 4 million euros. [...] The thirty or so oil paintings in this central group of works are almost without exception owned by museums in Amsterdam, Eindhoven, Moscow and Hanover."

France's auction houses would have realized 4 billion euros last year, about 40 percent more than the year before, reports Olga Grimm-Weissert in the Handelsblatt: "This [balance] includes, however, not only art and collectibles, but also auctions of breeding horses as well as used cars and machines for industry and crafts. Art and collectibles account for €1.9 billion (€1.858 billion). That France is benefiting from Brexit is signaled by the 1.3 billion euros with which international bidders participated in French auction results. Including, of course, online-only auctions."

In March 2021, crypto entrepreneur Sina Estavi had bought an NFT of Twitter founder Jack Dorsey's first tweet at auction for $2.9 million. The attempt to unload it for a profit has now failed miserably, explains Shanti Escalante-De Mattei at Artnews: "Then, this month, Estavi listed the NFT for $48 million and tweeted that he would give 50 percent of the proceeds to GiveDirectly, a charity whose mission is to help impoverished people in certain parts of Africa. But after Dorsey's NFT went up for auction again this past week, no one bid higher than $280, effectively dropping the value of it by 99 percent. The highest offer now on OpenSea, where anyone can list an NFT, even if a bidding period isn't open, is about $12,000, which is still a paltry amount. Is this a harbinger of the NFT market's collapse? For Jonathan Perkins, cofounder of the NFT platform SuperRare, the bungled sale is a symptom of the NFT market going through growing pains." Perhaps that's to say that the emperor has yet to grow into his new clothes.

This fits with Jörn Brien's report at t3n, Amazon could soon sell NFTs.

Olga Kronsteiner explains in the Standard from Vienna how legislative practice can break the neck of dealers of photographic art, using the example of a renowned Austrian gallery owner: "Johannes Faber is hoping for leniency, which the courts are denying him. After a tax audit in 2003, the difference to the standard tax rate, which was charged retroactively since 1998 and continuously by the tax office, added up to more than 800,000 euros. For a year now, his pension has been seized down to the subsistence level. Now the tax office is threatening to foreclose on his inventory. The irony: the authority would then benefit from the art status after all. After all, vintage prints by Rudolf Koppitz or photogravures by Nobuyoshi Araki admittedly fetch more than conventional amateur photos (of a tax official)."

The federal government is putting the thumbscrews on the SPK, which continues to reform only reluctantly, Christiane Fricke has learned for the Handelsblatt: "The budget committee of the Bundestag has fired a warning shot at the Prussian Cultural Heritage Foundation. As can be seen from a preliminary version of the resolution recommendation of April 11, expenditures in the amount of 6 million euros are to be blocked until progress in the reform process of the foundation is demonstrated."

Met Director Max Hollein talks to Dennis Kremer in the April 17 FAS about the different economics of U.S. and German museums, NFTs, and the Ukraine war: "American museums had to react to the crisis earlier and differently than European houses. There was no protective umbrella for the Met; the museum is financed entirely privately. In Germany, on the other hand, everything runs strictly according to budget, which protects against serious crises, but also inhibits flexibility. We had to react early because we had to forecast in a complex environment how the Met would be in five to ten years. My European colleagues certainly had a somewhat easier life at the beginning of the pandemic."