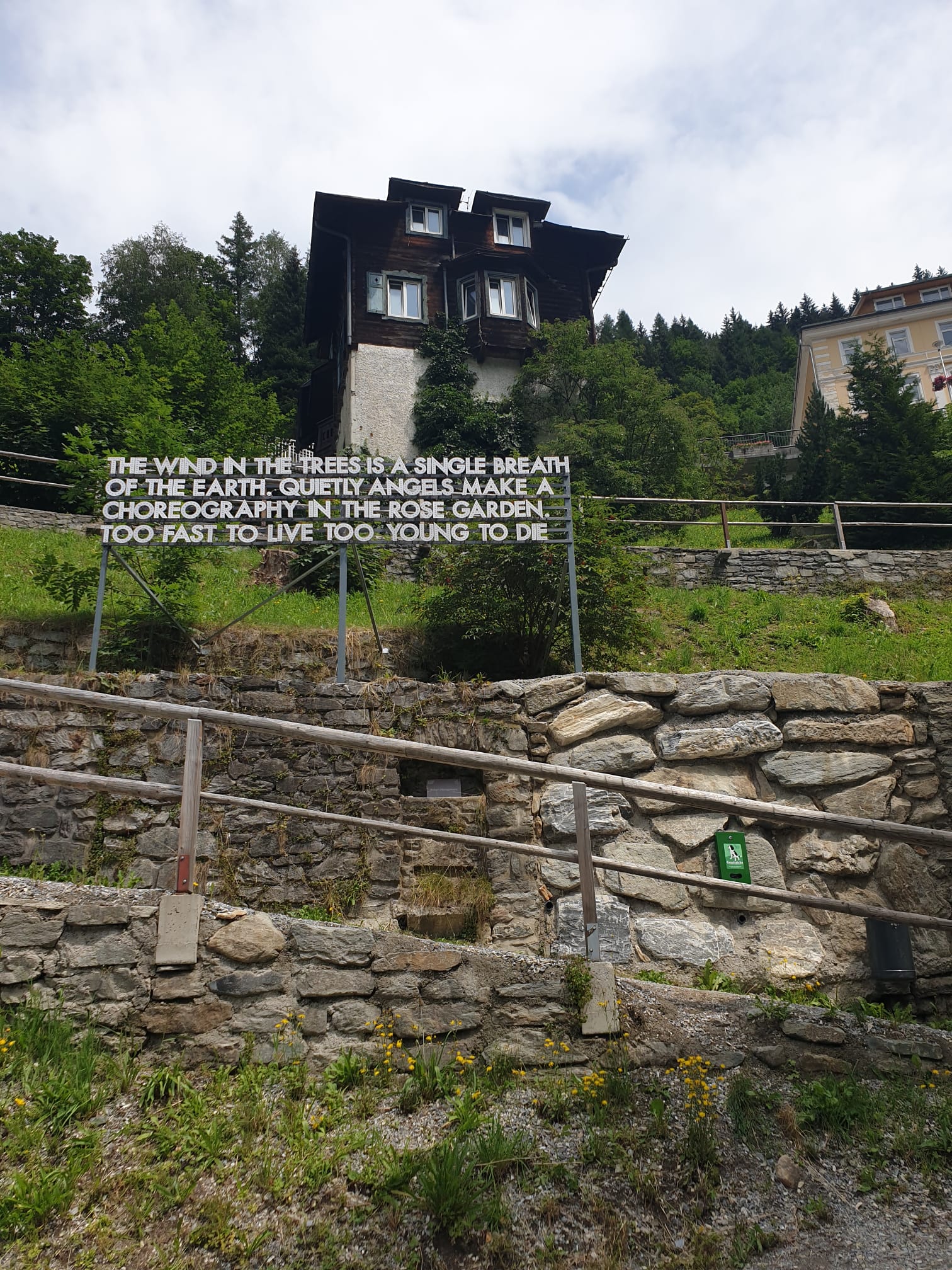 Even without a Western boycott, Russia's cultural scene is on its knees, Kerstin Holm found out for the FAZ of August 1: "We asked the curator of modern art Andrei Yerofeyev, an avowed oppositionist, in Moscow. The cultural scene has practically united against Putin and the Ukrainian war, says Jerofejew, the brother of the writer Viktor Jerofejew, who emigrated to Germany, on the phone. Among artists, there are only a few exceptions [...] Only on July 13, the Museum of Contemporary Art on Gogol Boulevard wanted to open a show with works by art students on the topic of empathy under the title "Sensitive Citizens" (Tonkije graschdane). But quite a few participants put up placards instead of pictures saying that the artist had refused, that he or she could not participate, was even not allowed to give the reason - an allusion to Russia's ban on calling the Ukrainian war "war." In response, the museum canceled the exhibition, claiming that content with a political subtext had been smuggled into the show that was incompatible with the museum's status as a state institution.

It's summer and thus the proverbial pickle season: "Australian artist Matthew Griffin has stuck a pickle made from a McDonald's cheeseburger to the ceiling of a gallery in Auckland," reports Barbara Barkhausen of RedaktionsNetzwerk Deutschland. "For his artwork, he wants 10,000 Australian Dollars ."

The autumn season has not yet begun, there is already the first fair cancellation. Anny Shaw reports in The Art Newspaper the cancellation of the Paris Design Miami, since the authorities for safety reasons the use of the Place de la Concorde had canceled. In the FAZ there is a report on this by Ursula Scheer.

Meanwhile, the German state continues to hold the watering can over local art fairs, reports the BVDG: "Art fairs that take place until spring 2023 can apply for funding for the last time until 31.12.2022 at the latest to the Federal Government Commissioner for Culture and the Media. The funds must be spent by June 30, 2023. The known trade fair organizers will also be informed in parallel by the BKM once again about the funding opportunity. A special feature and funding requirement this time is that primarily incentives for the promotion of young artists and initiatives to strengthen sustainability and diversity should be set. The concrete design is up to the art fairs. The funding will enable a discount on stand fees - depending on the fair organizer - of up to 70%."

For the major auction houses, on the other hand, the first half of the year was surprisingly successful, analyzes Christian Herchenröder in the Handelsblatt: "A main indication of the market bull market are the global auction results of Christie's, Sotheby's and Phillips. They rose by 25 percent to 7.4 billion dollars in the first months of the year. Leading this round of success is contemporary and postwar art at $2.5 billion, followed closely by impressionist and modern at $2.4 billion." On the other hand, he said, the decline in online auctions by just over a third is less surprising in light of the resurgence of face-to-face events.

Christie's even seems to be doing so well that it can specifically set up a venture capital division to pump money into the crashed crypto market, as Kelly Crow reports in the Wall Street Journal (possibly paywall) : "Christie's, which recently reported strong sales, said it plans to invest at least several million dollars in multiple startups in the coming weeks. The company said it has already invested an undisclosed sum into one Canadian startup, LayerZero Labs, that seeks to help people spend or move their digital assets like cryptocurrency across disparate blockchains."

France's art auctioneers continue to be on the upswing, according to Bettina Wohlfarth in the FAZ: "The French Auction Council's annual report was published in early July, looking back at 2021 with data from 427 auction houses: Four billion euros were brought in, with an increase of forty percent. Compared to 2019, the year before the pandemic, the increase is 21 percent. The first half of 2022 confirms that the fourth largest auction market in the world continues to flourish. In addition to growing sales, three top works were knocked down at prices of 20 million euros or more."

For the notoriously secretive Viennese auctioneers, the season also seems to have brought good sales, surmises Nicole Scheyerer in the FAZ.

London as an auction venue did not fare quite as well, judges Anne Reimers in the FAZ: "The London summer auctions with modern and contemporary works lacked the great glamor. Young contemporaries in demand continued to do well, but after rows of superlatives achieved in New York in May, hardly any new highs were set on the Thames. The disappointment at Sotheby's was Ernst Ludwig Kirchner's fresh-to-market 'Self-Portrait with Pipe' from 1907, which remained unsold." Meanwhile, Germany may be more likely to offer itself again as a market for German Expressionists.

Old master dealer Fabrizio Mioretti has just expanded in London. Anne Reimers visited him in his gallery for the FAZ: "For a long time now, however, we have been hearing complaints about how difficult it has become to land top works in the old master trade. The pandemic also further shrank the market for mid-priced works, which is struggling anyway. High inflation as well as interest rate trends are doing their part to make collectors prefer to sit on their treasures with a wait-and-see attitude, although the strong dollar is motivating American collectors and museums that are important to the old master market. The Old Master auctions at Christie's and Sotheby's in London in July nonetheless underscored the fact that top-class new discoveries and brand-fresh top works from old family collections are indispensable, crowd-pleasing drawing cards at auctions."

Fank Kurzhals portrays five young galleries from Hamburg, Frankfurt, Stuttgart, Munich and Lake Starnberg for the Handelsblatt: "Fearless curiosity and a great will to experiment, this promising and future-hungry pairing of qualities characterizes a new founding generation of gallery owners. There is no trace of pessimism about the changes in the trade. The young gallery owners presented by Handelsblatt are looking ahead without becoming uncritical. This is also reflected in their range of products and basic attitude. Fear of contact with new technologies is rare. Crusted thinking is also rare. Clear opinions are all the more common for that."

Sommerfrische Kunst in Bad Gastein now also offers a mini art fair, which I visited for the Handelsblatt.

Hanno Hauenstein for the Berliner Zeitung https://www.berliner-zeitung.de/kultur-vergnuegen/zwischen-fuerst-und-lamborghinis-die-kunstmesse-artmonte-carlo-li.249312 also felt very summery at Artmonte-Carlo: "Artmonte-Carlo is a fair that convinces with a diversity of works and forms and where the feeling of sensual overload does not set in after just one hour. At a quick pace, you can already walk the grounds in about that amount of time - and then head to one of Monaco's many other art hotspots."

On the occasion of the award of the Art Cologne Prize to Monika Sprüth, Elke Buhr talks to the gallery owner for Monopol (paywall) about feminism and why female artists still fetch lower prices than male artists: "That's also because on the market painting has stabilized as the dominant medium, and as far as art history is concerned, men are simply much more strongly represented there. There are few female painters who have such an overriding importance as Bridget Riley, for example. Women are only slowly catching up. But in the generation I grew up with, there are many outstanding, innovative women artists. I think Cindy Sherman is one of the most interesting of her generation. Jenny Holzer has created crucial works of art in the technological field. But men often have different market strategies. You can see that when you compare Richard Prince with Cindy Sherman, for example. She was still with the same gallery as at the beginning of her career until it closed. He, on the other hand, a great artist, is also interested in playing in the big game. To her, this aspect is less important. On the other hand, young female artists today are often thrown into the market far too quickly with high prices that offer them little opportunity to slowly develop artistically. The same development, of course, that the extremely active art market has produced in young artists."

The Bouvier-Rybolovlev soap opera appears to be entering a new season. Olga Grimm-Weissert reports for the Handelsblatt: "Now, at the end of July, the Geneva Cantonal Criminal Chamber has ordered an additional investigation. The Geneva Criminal Court is to conduct new investigations against Yves Bouvier, the former 'king of the bonded warehouses'."