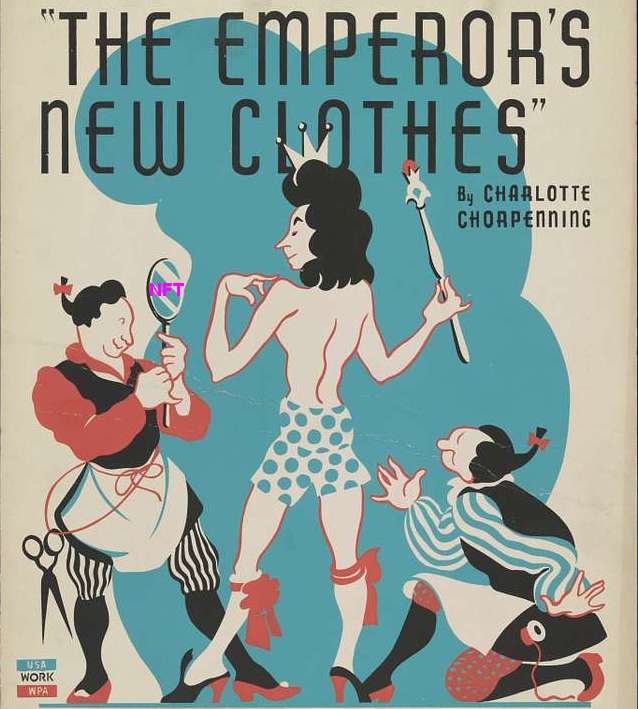 Peace at last in Paris! However, the good news does not come from the contemporary art scene, but from the field of old art and antiques. The (former) Biennale des Antiquaires and Fine Art Paris are merging. Ursula Scheer writes in the FAZ: "The provisional, not very elegant double name 'Fine Arts Paris & La Biennale' shows that it is a marriage of convenience. The contract is initially for five years. Until now, the Biennale was supported by the Syndicat National des Antiquaires (SNA). A group of dealers had split off and in 2017 founded the Fine Arts. Local and international dealers have since had to decide which of the two fairs to back. The SNA is now to take a back seat while the Fine Arts fair companies become organizers." In the noughties, the Syndicat itself had unsuccessfully tried to alternate with the Salon du Collectioneur to ensure an annual lineup at the Grand Palais, and then had switched to that mode itself in 2018 under the shortened name La Biennale.

Mexico doesn't seem to be on many people's travel list at the moment. Shanti Escalante-De Mattei at least offers her favorite booths at Zona Maco and Salón Acme in the image at Artnews.

In an entertaining mix of commentary and report in The Art Newspaper Scott Reyburn predicts art market hegemony of the big auction houses: "Surely sooner or later sheer boredom will erode interest in the relentless churn of Sotheby's, Christie's and Phillips's online and livestream offerings? But hang on. Isn't boredom the main reason the rich buy this stuff in the first place?"

In preparation for an upcoming IPO of Sotheby's, owner Patrick Drahi is planning to sell off older pension funds of the British arm of the company to two insurance companies, reports Anny Shaw in The Art Newspaper.

The promise of democracy in the NFT world isn't worth much, Ursula Scheer notes in the FAZ of February 12: "The fact that the largest auction houses Sotheby's and Christie's (the latter seller of the notorious Beeple NFT 'Everydays') are among the biggest headlines in the NFT business indicates that the democratizing power of tokens is not far off. According to a study published in 'Nature Scientific Reports' by mathematician Andrea Baronchelli of the City University of London, just ten percent of NFT buyers and sellers generate ninety percent of the revenue. Seventy-five percent of tokens cost an average of fifteen dollars, with only one percent moving into the staggering amount of over $1.5 million. Platforms like Open Sea, the largest NFT trading site, Super Rare, which focuses on curation and is a natural collaborator with traditional auction houses, and Foundation are the heavyweights of the new industry." I try to explain how a hollow gold cube in Central Park, Bored Apes and cryptocurrencies relate to the art market and capital in the Handelsblatt.

In the context of a pro and con on the topic of NFTs in the Süddeutsche Zeitung on February 11, Philipp Bovermann soars to a touching eulogy on digital certificates: 'Through NFTs and the online ownership they enable, a digital bourgeoisie could establish itself. These advantages will probably only really be felt once the Internet has been transformed into a three-dimensional space, a 'metaverse', by means of data glasses. When it does, people will want to have personal digital possessions there, and there will be companies and designers selling these items for everyday digital life." When that time comes, perhaps there will also be digital clothing stores for people who can't afford designer clothes. Incidentally, the author is obviously not concerned with art at all. His colleague Hannes Brühl, on the other hand, thinks that NFTs are, at best, the emperor's new clothes: "The more unclear the benefits, the louder the revolutionary rhetoric: freedom, decentralization and liberation from the yoke of any institutions. But the auction sites are already the new platforms, which, according to crypto logic, should not actually exist. Those who buy too expensively have to see how they can sell on the NFTs on secondary markets, as in pyramid schemes. Thus, the alleged revolution only recreates the worst aspects of the financial and art markets: insider trading, pump-and-dump tricks, fantasy prices, bubble formation."

Meanwhile, NFT marketplace Cent has pulled the ripcord in the face of rampant abuse, Elizabeth Howcroft reports for Reuters, saying the platform "as of Feb. 6, has stopped allowing buying and selling, CEO and co-founder Cameron Hejazi told Reuters. 'There's a spectrum of activity that is happening that basically shouldn't be happening - like, legally,' Hejazi said. [Hejazi highlighted three main problems: people selling unauthorised copies of other NFTs, people making NFTs of content which does not belong to them, and people selling sets of NFTs which resemble a security. He said these issues were 'rampant', with users 'minting and minting and minting counterfeit digital assets'." If only someone had warned us!

Not only is there a lot of money to be made from images of sneakers, but also from sneakers themselves. An AFP report informs about a particularly successful sale by Sotheby's : "For a total of 25 million dollars - about 22 million euros - 200 pairs of sneakers designed by the recently deceased star designer Virgil Abloh have been auctioned. The most expensive pair of the special edition 'Air Force 1' by luxury label Louis Vuitton and sporting goods giant Nike sold for more than $350,000, auction house Sotheby's said Wednesday.

Under the sign of climate change, the way art is insured will also change, lawyer Catrin Povey is certain in the The Art Newspaper: "An alternative insurance option could be parametric insurance. While still based on similar catastrophe models, parametric insurance offers a pre-specified pay-out on the occurrence of a specific trigger event, for example if the trigger was an earthquake measuring over four on the Richter scale, the parametric insurance would automatically pay out if an earthquake of this magnitude occurred. These policies may streamline the process and make the losses more predictable. However, when it comes to parametric insurance for fine art, it must be remembered that insuring art is not the same as insuring something that is replaceable a piece of art, once lost, is lost forever."

The British Museum may be doing itself a disservice by offering digital copies of artworks from its own collection for sale as NFTs, believes Brendor Grosvenor in The Art Newspaper: "This matters for museums in the business of putting items on public display. If it is now possible to make perfect recreations of, say, the Parthenon Marbles, or the Benin Bronzes, then the case for retaining the original on a wall in London for public display becomes weaker, compared with the argument for seeing them in their original context. The British Museum, in giving cultural validity to meaningless reproductions, blurs the lines between real and fake at its peril." Also in The Art Newspaper, Kabir Jhala announces a DAW (Digital Art Works) sales exhibition of digital versions of masterpieces from Italian museums at a London gallery.

On the other hand, crypto and NFT millionaires are beginning to take an interest in physical artworks, which in turn are being hotly courted by galleries and auction houses, explains Zachary Small in the New York Times: "Critics have scoffed that a marriage between NFTs and the art world is impossible. But catering to the tastes of the crypto nouveau riche has become the frantic obsession of the commercial art world, which is reshaping itself around these new collectors nearly a year after artists like Beeple and Pak sold NFTs, or nonfungible tokens, for tens of millions of dollars, inspiring the typically technophobic art industry to head into the metaverse."

Ingo Barlovic asked five auction houses for WELTKUNST (free registration) what plans they have regarding the controversial tribal art sector: "And the decisive news in advance is: Contrary to rumors to the contrary, all houses continue to back the 'tribal art' horse. That Christie's would 'continue business as usual,' as Teodorescu stated, was freely assumed: The auction house was the undisputed leader in the field in 2021. But the other interviewees do not want to change anything in their orientation for the time being, but rather go offensively into their next auctions - at which the Dorotheum will offer objects from the Leopold Collection and the Phillip Goldman Collection, among others. Sotheby's is preparing 'big auctions' for early in the year, and Lempertz also wants to regain continuity through 'regular sales' after its schedule was 'upset by Covid.'"

When it comes to restitution issues, politicians in this country still make light work of delegating responsibility to museums, criticizes lawyer Sophie Schönberger in her book, "Was soll zurück? Die Restitution von Kulturgütern im Zeitalter der Nostalgie" (Restitution of Cultural Objects in the Age of Nostalgia), which Christiane Fricke reviews in the Handelsblatt: "They bear the main responsibility for restitution. They should not only fulfill their role as collectors, exhibitors and mediators or as constructors of identity. They are also supposed to come to terms with the past. [...] In addition, 'legal rules that would make restitution politically binding' do not exist to this day. Thus, parliaments as 'law makers' and courts as 'law enforcers' are left out. The end result is that major disputes over the restitution of Nazi looted art are increasingly being fought out in American courts. The interpretation of the German narrative of injustice is shifting abroad."

The ideologized view of the art of past eras bothers Christian Herchenröder during his visit to the Brücke exhibition in Berlin for the Handelsblatt: "When it concerns art, the baby is all too often thrown out with the bathwater in the colonialism debate. This is happening to a considerable extent in an exhibition at the Brücke Museum in Berlin, which places the expressionists of the artist community 'Die Brücke' in a colonial context. The show, which after stops in Copenhagen and Amsterdam is now undergoing a homegrown aggravation and intensification, resembles a tribunal for long stretches."

The state of North Rhine-Westphalia is launching a new round of 15,000 Corona grants for artists at 6,000 euros each, according to a press release: "The grants are aimed at freelance, professional artists of all disciplines with their main residence in North Rhine-Westphalia who pursue their artistic activities as their main occupation. Artists who have already received a grant in the previous two rounds are still eligible to apply in this round. The funds are intended to help bring projects that have already been started to a conclusion, to conceive or implement new projects, or to test new mediation formats. Applications will be accepted beginning in mid-March."

Hauser & Wirth has poached Elaine Kwok from Christie's, for which she previously headed the 20th and 21st century art department in Hong Kong, reports Angelica Villa at Artnews.